Today I started out in the direction of Uranium Springs. An enclave of survivors that are celebrating another spring. Having heard of this happening, from someone last fall, I decide to meet the Crew there for a little funnin' in a safe haven before our cycle of travel begins.


The Crew, having separated last winter to spend some time w/ their tribes and families, or accomplish some personal missions, had chosen this place to re-gather before our summer travels.


So far the thought of funnin was getting thinner.
We hadn't even made the meet and already we where losing crew-members. What started as nine was now down to four. So far no one killed or maimed, just mech related issues. A new pair had decided to opt out of this years travels so that they could claim another mech that was more suited, another was in process of getting a draggable built, one just couldn't deal w/ the lifestyle, and on it went until we were four. Two coming up from south of the Burn Zone, . . . myself, . . . and Stykz, who had longest distance to cover. Having gone north into the Norcal Ag region to be w/ clan last winter, He now had to cross the Big Mtns out of there and travel two days south before connecting w/ the route I took up from the river.

Having received transmissions passed along from him on route, I was aware that he was having his own mech issues.


Uranium Springs being down among the edge erosions of the Blasted Lands, and known for “having the brightest water in the west”, I felt knowing where my closest water sources were might be the best course of action.


This was a bit muddy, and wouldn't last too long, but there was prob others along the water course. 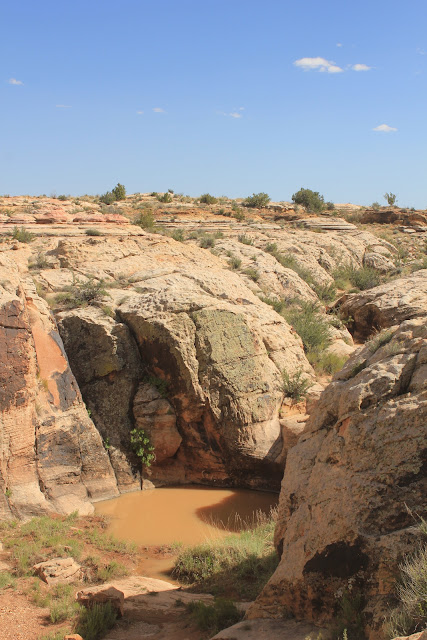 This one was pretty far down but looked a lot cleaner. 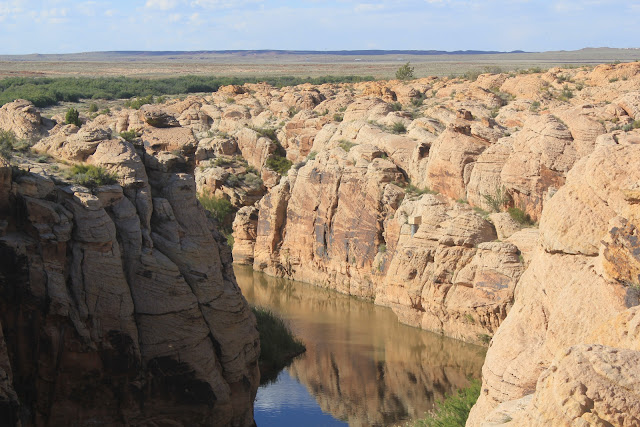 There was a nice place to view from. Could prob find out a lot about the area from up there. 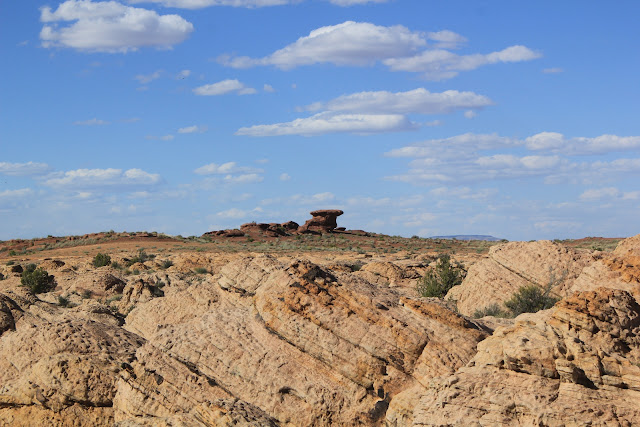 As the sun burned lower in the sky I came to the edge of the Blasted Lands. 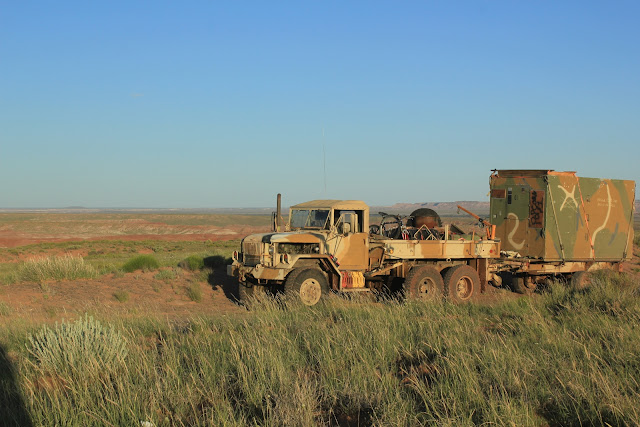 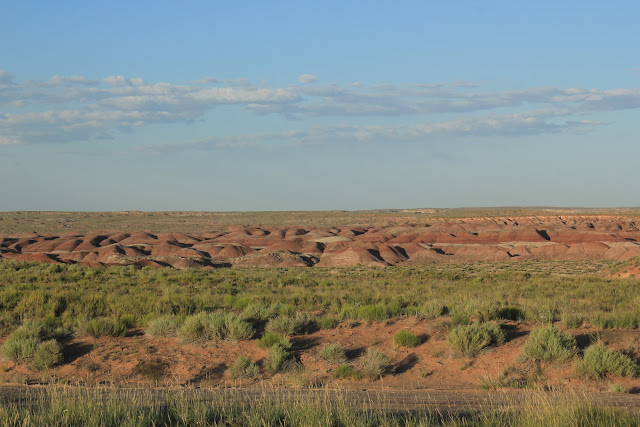