Last night I woke up twice, soaking wet w/ toxic sweat, and once in the early morn to a spattering of rain. At least the burn part is over, now I'll spend an unknown amount of time trying to clear the stuff out of my lungs.

We late started the day heading into the next valley south. This valley has managed to stay as one of the healthier places around. Here we'll pick up both food stock and some supplies for Stykz to work w/.
We feel safe enough to split up and do separate missions while listening to the air waves just in case.

Stocked, we meet back up and start rolling farther north and back into the trees. As we move out of the valley and start climbing, the Draggin' blows the last of it's coolant. I search for a place to pull off the pavement and find the remnants of some foundation. 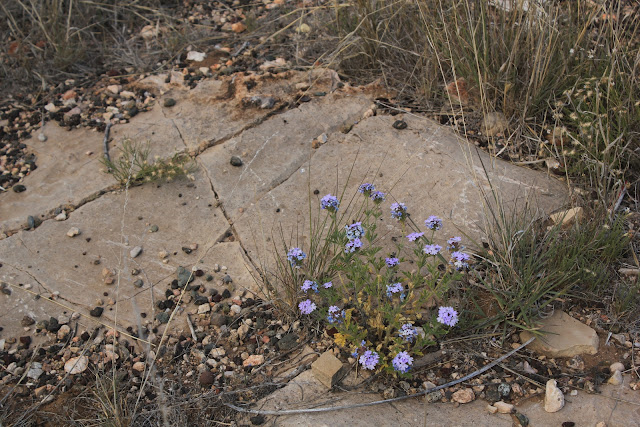 It's nice to see flowers blooming as if it's just a normal spring.


While the mechs cool down I go over some paper maps looking for good spots to park-up, and cough a lot. I find two that look promising. Before rolling on I boot up the terminal in the Draggin' and activate the topos and tracker. The chance that it'll be picked up by others is slim, and I'll kill it before we turn off pavement. It will let me know that I'm getting close and keep us from having to go some unknown distance just to turn around after missing it.

The first spot looks to have been taken over by some industry, we keep rolling.
We find a bridge w/ pull-off and what may be an abandoned roadway. 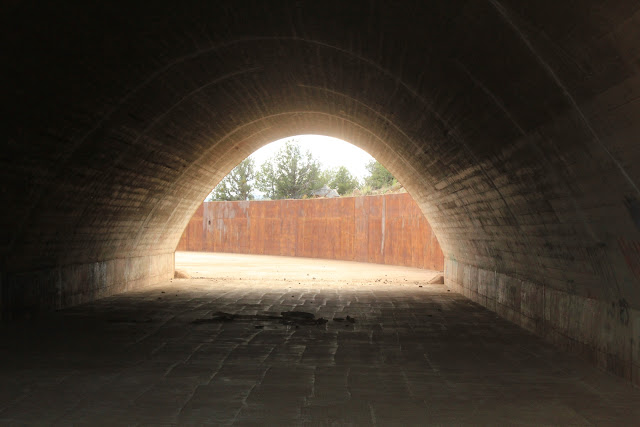 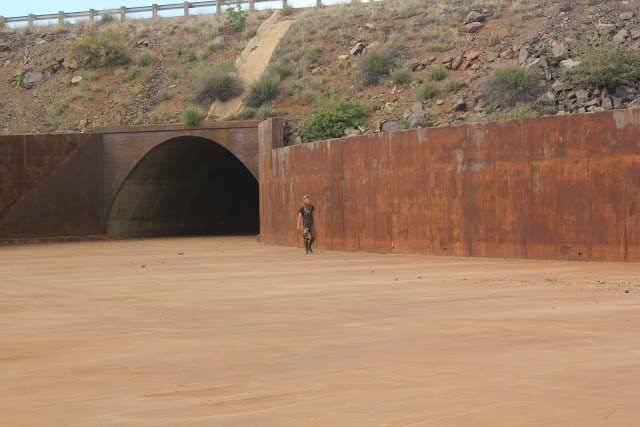 After some exploring we decide it was where some major flood waters used to run, back when it was wetter around here. 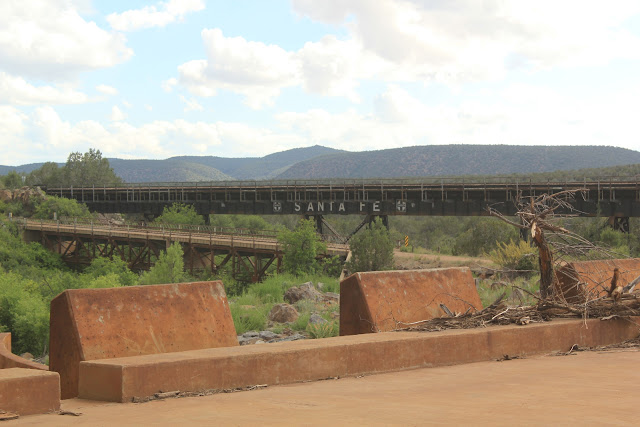 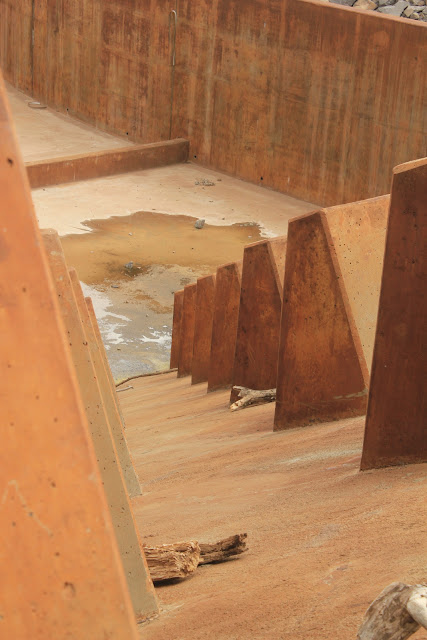 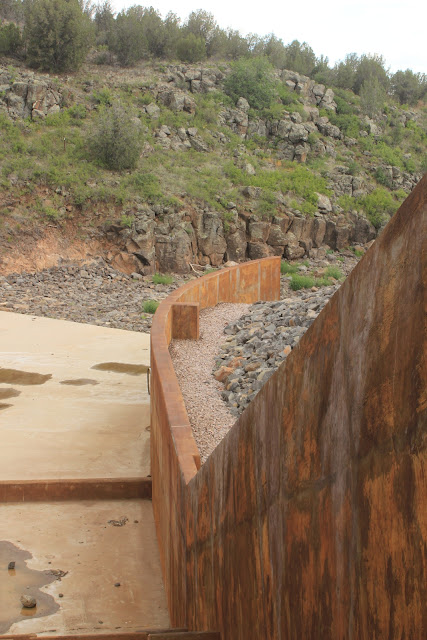 While exploring I get a transmission from friends to our north, inviting us up to the little rock cutting village they live in. We decide that would be a good place to be for a while and head that way.