Crawling to the Edge

I sat watching as Stykz pushed most of his rather recently scavenged items out of his mech. It was, to say the least, amusing. All in his quest to find that centipede that had somehow been imported into Syma.


Just one of the many minor adventures that we'd experienced in the last couple nights.

Leaving our camp above the creek itself was uneventful. We headed into a village close by. Our plan was to try and get some supplies and head south into the trees. If all went well we were hoping to make it to the Edge. Here the land dropped cliff-like a couple thousand feet, below was a whole different world.


The supply run went well. We stocked up on some dry-stock, beat the dirt out of our clothes w/ actual soap and water, and stuffed ourselves w/ the local idea of food. The village was populated w/ mostly natives, probably from what used to be the area's rez, quite a strange way of dealing the locals when moving in w/ an occupying force.


Rolling away from there we did the usual stops for adding water to the Draggin's cooling system (been having issues overheating). Something safer done away from these local villages.

Slowing for the dirt track we were hunting, as the sun set behind the peaks, I hear the sound of air pressure blowing. Not the best sound as we're about to start climbing and that's my brakes and what engages my front axle.


When Stykz catches up I explain and we start moving deeper in. Rolling slowly in a lower gear gets us to an established camping area well after dark. As we search out a space we hear gun fire in the near distance. A few hours later we decide not to set a guard, as it seemed “all in fun”, and just sleep lightly.


In the morning we do some scouting of the area and find a good spot right on the edge of the drop, and away from the camp area. We do the slow, brake-less, crawl to our new spot and it's here that Stykz goes off on his centipede mission. My job is to determine why I'm losing air. 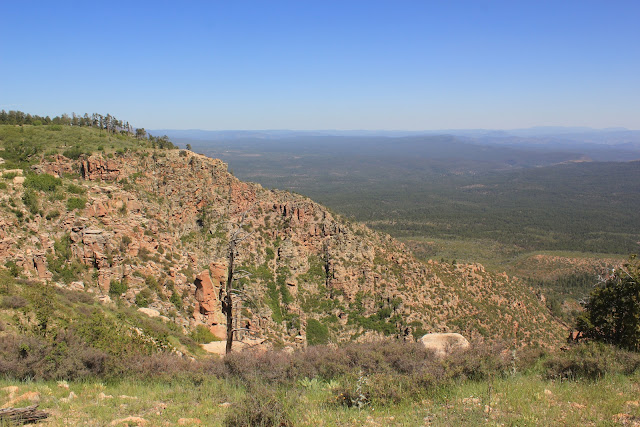 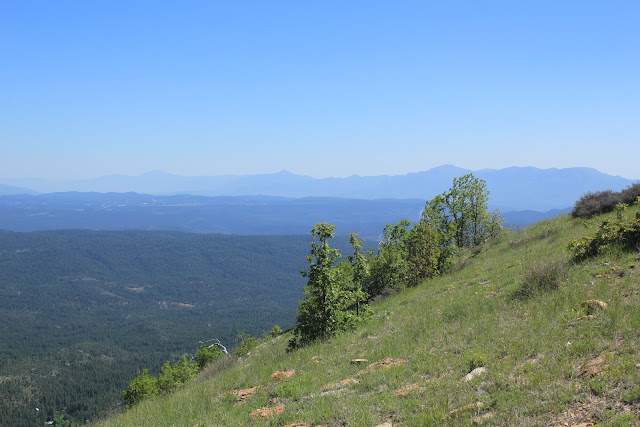 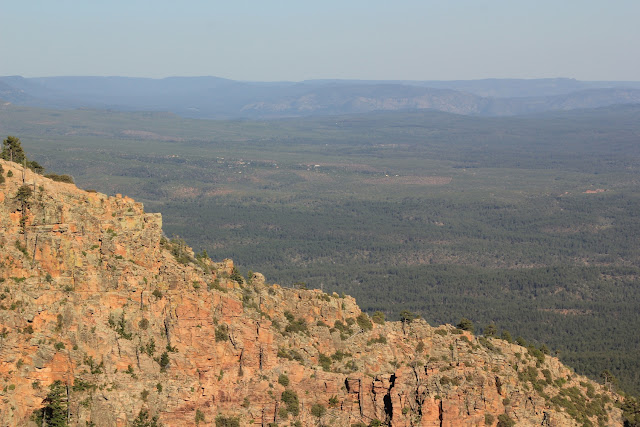 By the end of the day I had found, and removed, a unit that was used to activate the braking lights. It had blown itself apart and that was my air leak. 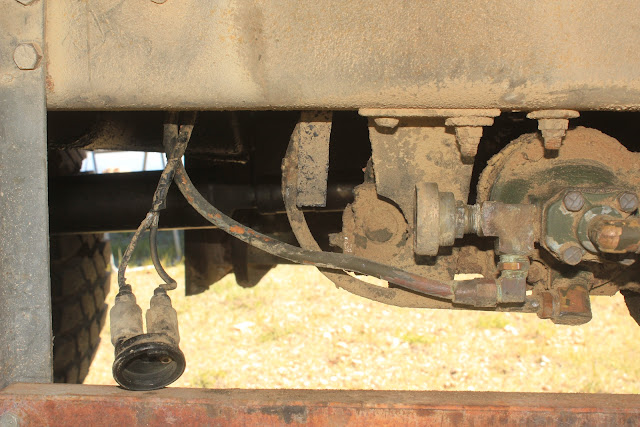 Working on finding a way of stopping the leak before descending to the lands below consumed my thoughts. After many ideas that we discarded we came up w/ a pipe plug that was the same thread, the only one of that size that we found in our gear. W/ that tested I was holding pressure. 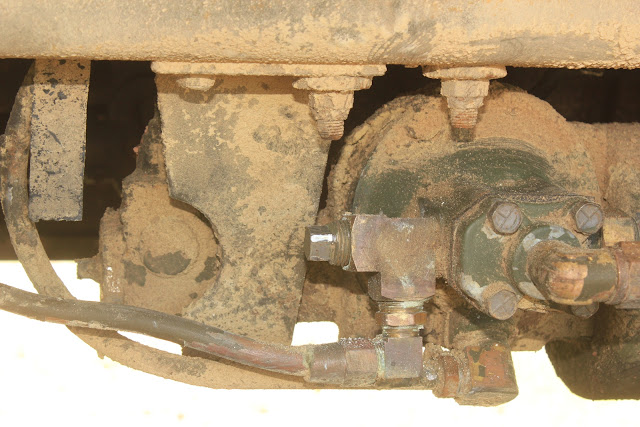 Just about the time that we figured all was good an Enforcer rolls up. Seems that the local stewards of this area were fearful of us and called him in. He tells us that they don't want us in this area and that we should move on in the morning. That shuts down our day of “chillin” that we had planned for tomorrow, but probably for the best as it feels like weather is moving in.