Wolf Blood - Lead of the Crew.

After three decades traveling (and surviving) among the fringe dwellers the decision was made to start a caravan route winding through the towns, villages, and holdings of the wastes. 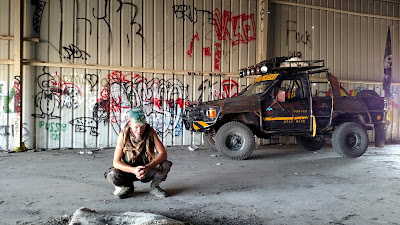 Fled from the Californian central valley after resources dwindled and the land became a dry husk unsustainable for future habitation.
Holds power over metal melting.